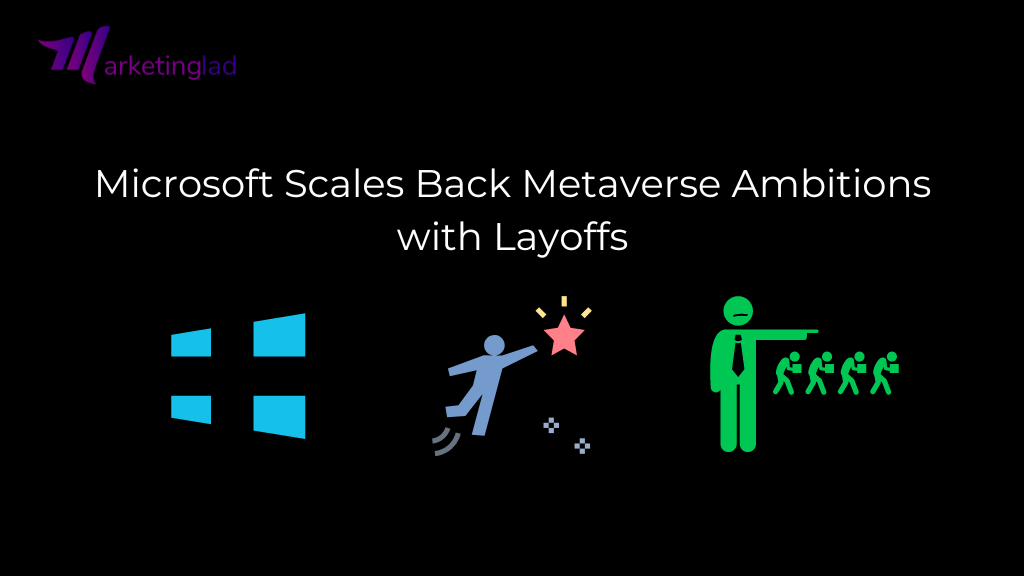 Microsoft revealed that it will be eliminating close to 10,000 employees worldwide. And it appears that its aspirations for the metaverse have been shelved. The company’s announcement that it is permanently shutting down its VR platform in a blog post is a strong signal in that direction.

Facebook announced its ambition to fully embrace the metaverse when it became Meta. Many significant businesses stated that they will be making sizable bets on the Metaverse after Meta, but not to Meta’s degree.

Microsoft was one of these organizations. Microsoft, however, said this week that it intends to axe close to 10,000 positions globally. And it appears that its ideas for the metaverse may have been shelved.

The company’s announcement that it is permanently shutting down its VR platform in a blog post is a strong signal in that direction. The platform, known as AltspaceVR, will be discontinued as of March 10, 2023.

Additionally, according to a by Windows Central, Microsoft is said to have fired the team behind MTRK, the platform created for AR and VR integrations.

Microsoft CEO Satya Nadella discussed how the metaverse will be transformational in a speech in 2021. “The metaverse is altering more than simply how we see the world. We are eager to see what you create and how you use this technology to bring people together because it is transforming how every one of us actively participates in it, Nadella said at a Microsoft event.

He also disclosed Microsoft’s metaverse aspirations. We are building the metaverse, a completely new platform layer, as the digital and real worlds merge. In both the consumer and business spaces, we are connecting people, places, and things together through the digital world, Nadella had previously stated.

The business is still interested in Metaverse. “We see the opportunity for VR moving beyond consumer into enterprise and now have an even larger goal: a more open, accessible, and secure version of immersive experiences in the metaverse,” Microsoft said in the blog post announcing the closure of Altspace VR.

The division that will now prioritize AR, VR, and mixed reality is Microsoft Mesh. “With Mesh, we strive to establish a platform that delivers the largest potential to all engaged, including artists, partners, and customers,” Microsoft stated.